Tollwood is a festival like no other. Sure, it has the music you’d expect from any big festival, but its aims are much higher. Tollwood wants you to discover its “Markt der Ideen”, or “marketplace of ideas” and “Weltsalon”, or “world salon”. These parts of the festival aim to open minds about all kinds of environmental and social issues.

In other words, you could spend one day at a jazz or pop concert, the next hearing a world-famous journalist like Amy Goodman speak, and finish it all off with some theater. Throughout it all, you’ll likely be sampling outstanding food as well. There’s something for everyone, even though the general aim of the festival is certainly to amaze and open minds.

But first, how did such a unique festival end up in Munich?

The History of The Festival

When the Tollwood festival first occurred, it didn’t even happen in Germany. After all, no such country existed back in 1988. But in that summer, amidst all of the whirlwind changes going on in Europe, Munich and West Germany hosted a festival on the grounds of the old Olympiapark (where the 1972 Munich Summer Olympics had been hosted).

It certainly started off more local, with traditional Bavarian music and an entirely local starring lineup. But within just two years, the world had taken notice and there was growing international participation. That same year, the festival was expanded to include a winter version.

No doubt the feeling was that with Germany reuniting, the Soviet Union falling, and a bright future ahead, the world needed the social insights and incredible art of the Tollwood festival even more.

Still, the organizers didn’t want the event to become stale, talking about the same issues each and every year. So they began creating annual themes, all centered around the broad idea of raising social consciousness. 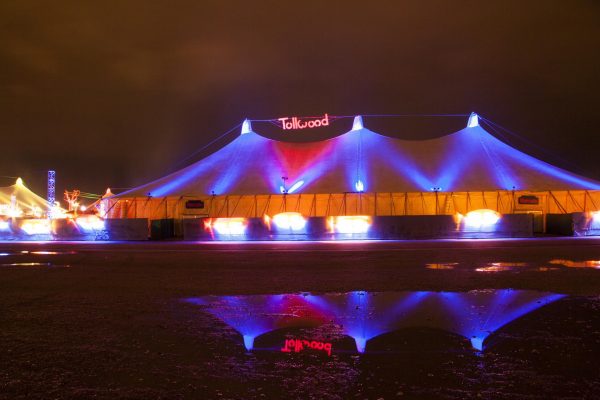 What You Can Expect for The Winter 2019 Tollwood Festival

Running from November 26th until December 31st (and capping off with a big New Years Eve party), the winter 2019 festival already looks like one not to be missed.

Events like the “Paris de Nuit” by the world-renowned Hungarian Nouveau Cirque company Recirquel promise to recreate the glitzy excitement of interwar Paris. You even have the option of enjoying the show along with an accompanying themed 4 course dinner featuring classic Parisian dishes like duck confit and onion soup à la Parisienne. Anyone with a love of films like Moulin Rouge or Cabaret, or just a love of the bohemian abandon of this era won’t want to miss this show.

For someone looking for more ecologically minded there are events focusing on educating the public on factory farming practices, the future of nuclear power, and even a massive art installation designed to get us all thinking about human rights and what makes life meaningful. If all of that sounds a bit heavy for someone in your family, there are also plenty of events specifically for kids like cooking classes centered around educating our newest generations about organic food. Also, all children-focused  and environmental events are free!

Still, we can’t forget that this is all happening in the Christmas season! Munich is a city famous for its Christmas Markets and so Tollwood is no different. There are markets offering everything from traditional German handcrafted goods to fair-trade clothing, pottery, and cuisine from around the world once you’ve worked up an appetite.

In the hours leading up to the end of 2019, the Tollwood festival with finish up with 5 separate areas where you can celebrate the coming new year. Each area will have its own style and feel from traditional Bavarian to modern DJs and even one dedicated to American legends like Elvis and Johnny Cash. Best of all, tickets are just 33 Euros.

If you didn’t get a chance to enjoy the “Paris de Nuit” show mentioned above, it will have one final performance for a special New Year’s Eve gala alongside the Eddie Miller sextet. Of course there’s an accompanying 5 course organic meal to make sure the end of 2019 is both healthy and delicious. 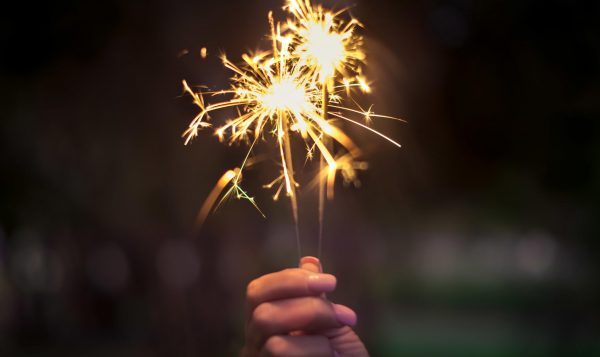 How to get there

Fortunately, Munich is a global city with tons of transport and accommodation options. There’s a huge range of hotels, thousands of Airbnbs, a world-class airport, trains, and if you’re on a budget, buses to Munich from cities around Europe start at just 16 Euros. Plus, once you get there, over 80% of all of the Tollwood events are free! So, you have plenty of ways to save some cash for a special Christmas gift or to treat yourself for New Years.