A city known for its nightlife and cultural heritage.

The capital and the largest city of Slovakia, Bratislava is a well-known destination for young people. Many enjoy its roaring nightlife, but the city has much more to offer than that. Its medieval and Gothic Old Town is made of narrow winding streets, and baroque palaces and the crowning castle garnish the city. Through the city flows the long Danube River that is located only a few kilometers from the Austrian border, on which lies Bratislavský hrad – a hill-top castle, rebuilt to Renaissance finery. While visiting Bratislava, you also wouldn’t want to miss its beautiful farms, vineyards, agricultural land, and tiny villages that are situated less than 50 kilometers both north and east of Bratislava.

Magnificently rebuilt in Renaissance style, Bratislava Castle stands on top of the Little Carpathians directly above the Danube River. Because of its size and location which provide a beautiful view of the whole city, it has been a dominant feature of the city for centuries. The castle’s oldest attribute is the 13th-century Crown Tower – climb it and enjoy the mesmerizing views of the city. You need to buy a ticket to enter the castle, but you can wander the manicured baroque gardens behind the castle without the ticket.

Old Town Hall is a complex of buildings. It houses the Bratislava City Museum in which you can explore exhibits of city history, but also a scary collection of torture devices. Take some time to also visit the Viticulture Museum beneath and sample regional wines.

Period Rooms Museum shows beautifully restored rooms dressed in aristocratic styles from the 18th and 19th century. Dive into the past and take a look at how the aristocrats lived.

The Museum of Jewish Culture unveils the enriching stories of Bratislava’s once-thriving Jewish community through photographs and objects from daily life.

Religious landmarks and the Old Town

Bratislava’s old town is a whole another experience. The Old Town is the city square and is also the historical centre of the city. It is known for its many churches, and the most famous one is the Blue Church, although its official name is the Church of St. Elisabeth. It is known as the bluest building in all of Bratislava and it’s definitely worth visiting.

St Martin’s Cathedral is where coronations of nineteen royals took place since the 14th century. This old Gothic sanctuary has four chapels dedicated to luminaries and saints, a horseback statue of St Martin, huge rib vaults and stained-glass windows that will lift your gaze, and a 300kg replica crown atop its spire.

The Jesuit Church of the Holy Saviour is worth visiting because of its baroque altar. You might see a musician in traditional costume playing the fujara, so stop for a second and listen to the enchanting sounds that the unusual woodwind instrument makes.

If you like eating in unusual places, jot this date down in your diary. The Slovak food festival can be considered as the biggest picnic in town and this year it will be taking place for the 9th time! This gastronomic weekend is full of wonderful food, drinks, live shows, competitions and discussions and takes places on the grounds of Bratislava Castle which offers a grandiose view of the city.

The streets of Bratislava’s Old Town will host the biggest city festival Craftsmen Days ÚĽUV (Centre for Folk Art Production) for the 27th time. Traditional crafts and homemade products, which are the main attraction of the festival, will be presented by the craftsmen through direct demonstrations and you’ll be taken back to the rich history of Slovak crafts. Craftsmen Days ÚĽUV are very popular among the youngest as well, so if you’re planning to visit Bratislava with your children, it’s definitely worth combining your trip with this event. 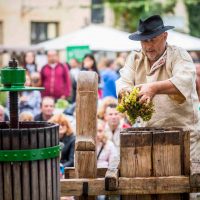 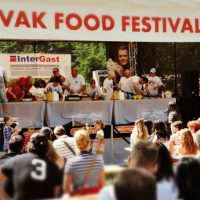 Bratislava offers numerous cuisine choices. You can try local cuisine at Modrá Hviezda (Blue Star) or Bratislavský Meštiansky Pivovar – brewery and restaurant that offer home-brewed and German beers to accompany its menu (sometimes infusing the beer into the dishes).

If you fancy seafood, you might want to go to Brasserie La Marine or if you would like something vegetarian, pay a visit to Soupa Bistro. 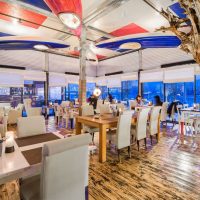 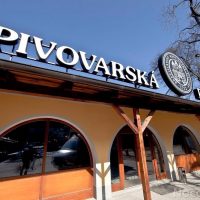 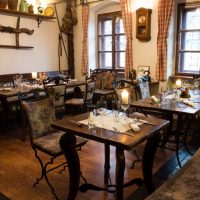 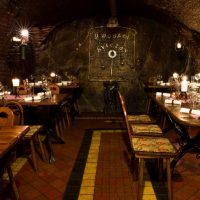 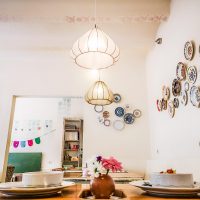 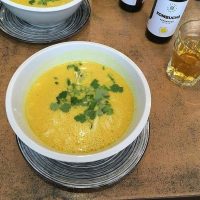 Bratislava is a great place to save money. Prices in the Slovakian capital are far lower than in Western Europe and service is top-notch.

The Hostel Blues is situated 300 meters from Bratislava’s Old Town. You can choose from single-sex or mixed dorms, or private rooms.

Located 1.3 km from Michalska Tower, 7Days B&B is set in central Bratislava and offers you a bar and free Wi-Fi. The rooms are well equipped with everything you might need.

The eco-friendly Hotel Arcus offers spacious rooms and free Wi-Fi access in a quiet location.It is only a 10-minute walk away from the old town and can provide you with not only good and cheap place to stay at, but also quick and precise service. 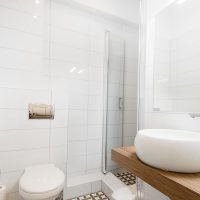 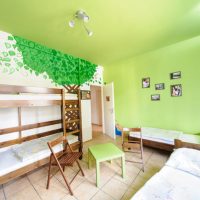 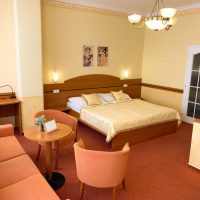 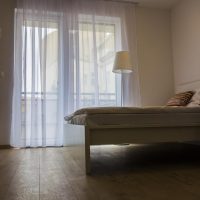 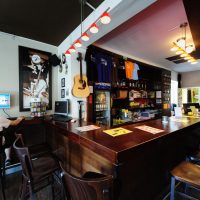 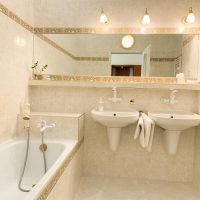 Bratislava is well connected to the neighbouring countries both via air and earth, but also via water – regular tourist boats operate on the Danube River.

Generally, Bratislava is a walking city. The centre is very small so you can easily walk to anywhere in a few minutes but be aware of numerous cyclists. If you need to go outside of the centre, the best way to travel around Bratislava is by public transportation. The short route ticket costs €0.70 and is valid for 15 minutes. It is a transferable ticket, but keep in mind that the waiting time for the next connection might be long and the ticket can run out, so you will have to stamp another if the line you change to runs late. While you can use this this ticket as a transferable, it makes sense mostly when you do not need to change lines and travel short trips within the city centre. The second type of ticket is the half hour ticket, valid 30 minutes. It costs €0.90, which you can use for any number of travels within the specified time period. The 60 minutes ticket costs €1.20 and is valid within Bratislava zones 100 and 101 as well as one outside zone. When traveling in the city, only the travel time of a single ticket is taken into account, not the list of zones. If you are staying for a holiday, consider buying one from a choice of longer-term tickets valid for 24, 72 and 168 hours (1, 3 and 7 days) for €3.50, €8.00, and €11.40 respectively. For traveling just outside Bratislava, you will need a ticket with more zones, depending on your destination.

Bus routes from and to Bratislava